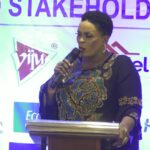 Emma Okonji
The reserve bidder in the sale of 9mobile, Smile Telecoms Holdings, has raised concern over some perceived anomalies in the handling of the sale of 9mobile by Barclays Africa, and has called for a review of the entire bid process.

Smileâ€™s protest letter, which was addressed to Barclays Africa, was dated February 21, 2018 and signed by Templars, the companyâ€™s solicitors.

The company therefore requested Barclays, to as a matter of fairness and urgency, provide a practicable with verifiable and preferably third-party authenticated proof that the party that has been selected as the preferred bidder has indeed satisfied all the conditions precedent to that selection.

Barclays Africa, THISDAY gathered, replied Smileâ€™s protest letter on February 26, 2018, and promised to â€œbe in touch with Smile to discuss any updates on the transaction, to the extent considered necessary.â€

It expressed gratitude for Smileâ€™s continued interest in the transaction but noted that its clients exercised their rights at their sole discretion to pursue an alternative path to completion of the transaction. Barclays restated its willingness to explore transaction completion with Smile should the pending process not reach a satisfactory conclusion.

THISDAY gathered from a reliable source close to Smile that Barclays Africaâ€™s letter evaded the critical issues of due process and eligibility of the announced preferred bidder. The source wondered if the preferred bidder was able to meet the laid down requirements for the transactions that required it to reach agreement on any required financial accommodations with the syndicate lenders and the trade creditors.

The requirement also entails the preferred bidder to have firm, unconditional and committed funding for any cash payments and to provide a binding offer that is unconditional, excluding the formal licence approvals.
The Nigerian Communications Commission (NCC) has however reassured that only investors with the required technical expertise and financial muscle will buy 9mobile.

A statement signed by the Director, Public Affairs, NCC, Mr. Tony Ojobo, stated that the commission would ensure that all relevant statutory and regulatory processes are duly complied with in the process leading up to the emergence of new owners for the telecoms company.

Some stakeholders who have been following the entire bid process have commended Teleology for emerging as the preferred bidder. They however said its emergence signaled a strong test to the financial capability of Teleology to pay the $50 million non-refundable fee within the 21-day window given it since February 21, and as well pay the $500 million bid money.
The ability of Teleology to pay these money within the stipulated time, will prove its critics wrong, the stakeholders said.