2023: INEC Insists Parties Must Inform it of Foreign Funds 23 hours ago

Emefiele: Inflation Rate will Fall Steadily to Less than 15 Percent by Q4 2023 24 hours ago 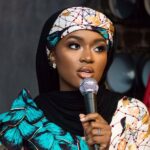 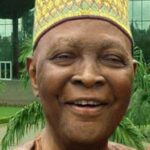 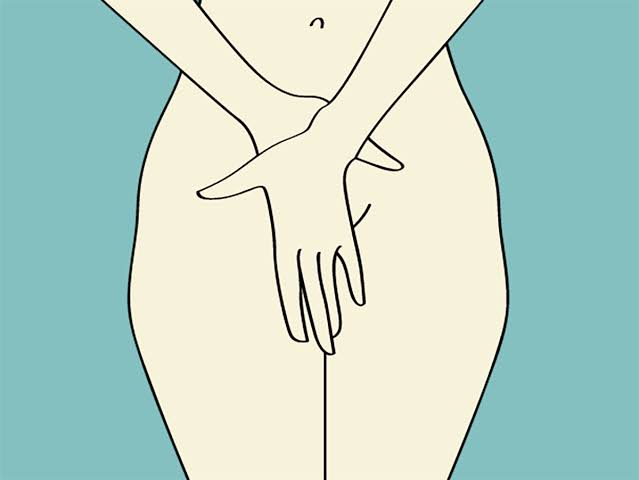 The vagina is a soft, flexible canal with an elastic, muscular lining that provides lubrication and sensation during intercourse. The vaginal canal connects the uterus to the rest of the body. The vulva and labia form the entrance, while the uterine cervix protrudes into the vagina to form the interior end. During sexual intercourse, the vagina receives the penis and acts as a channel for menstrual flow from the uterus. The baby passes through the vagina during childbirth (birth canal).

Vaginal odor refers to any scent that emanates from the vagina. It could be the natural odor of vaginal secretion, or an unpleasant, abnormal odor caused by an infection. The vaginal odor may change during menstrual cycle or at other times, such as during pregnancy or menopause. Coppery or metallic, fermented, molasses, or fleshy are all common vaginal scents.

The odor of the vagina changes depending on factors such as hydration, recent food intake, medications, overall health, and the stage of your menstrual cycle.

Spicy, fermented, or sour: Good bacteria contribute to the health of the vagina by creating lactic acid, hydrogen peroxide, and other compounds to fight against dangerous bacteria. They support vaginal pH levels by keeping them on the acidic side, between 3.8 – 6 to prevent the overgrowth of fungus and other dangerous microorganisms.

Metallic, like a jar of pennies: Menstrual blood or mild bleeding after intercourse that passes through the vaginal canal may cause a metallic vaginal odor. Iron is present in blood, which explains the metallic odor. Semen contact with the vagina may alter the pH balance of the vagina and may also be responsible for the metallic odor.

Bittersweet or molasses: The natural bacteria flora may have been altered a little if the vaginal odor has a faintly spicy gingerbread scent. This will change the pH balance and odor. A chemical vaginal odor like bleach could be caused by some urine on underwear or around the vulva. But remember that it might also indicate a bacterial infection.

Fishy: If there is a distinct fishy smell coming from the vagina, it is obvious that one has an infection, like bacterial vaginosis. You may experience irritation along with a white or gray discharge with a strong fishy odor. If you think you might have BV, see a clinician right away.

Rotten:  When a tampon is forgotten or left in for too long in the vagina, it may begin to smell as rotten.  This may occur at the end of a period when you are not bleeding anymore and do not need to change tampons as frequently. Try to feel for strings at the opening of the vagina if you are worried that you might not have taken a tampon out. Visit the clinician for a vaginal exam if you are unable to feel them.

Beer or Bread:  A yeast called candida overgrows and causes yeast infections which may cause a beer odor. Yeast is typically found in little concentrations in the mouth and intestines. It is also present in the vagina of healthy women. However, occasionally this yeast overgrows and results in a yeast infection. The discharge has a cottage cheese appearance and may detect a thick white coating in and around your vagina.

Bleach or Ammonia:  We discussed BV before, and while it may give some women a fishy vaginal odor, it can also give some people a bleach or chemical odor. However, there are other possibilities as to what is producing the smell of bleach or ammonia, including urine. Your urine may smell chemical-like when you are dehydrated. Another explanation for this odor is the usage of spermicides, lubricants, or even semen.

Possible causes of unusual vaginal odor include the following:

Sweating:  The vagina does not sweat because it lacks sweat glands. The external genitalia around the vagina and the groin area, on the other hand, can sweat. Sweat from the genitals is not the same as sweat from other parts of the body. Apocrine glands produce sweat in the groin and under the armpits, whereas eccrine glands produce sweat throughout the body. Females have a high concentration of apocrine sweat glands on the labia majora around the outside of the vagina. Protein is found in apocrine gland sweat. Bacteria degrade this protein, which may emit a distinct odor. Excessive sweating in the groin area may cause itching and, in some cases, infection, such as bacterial vaginosis and vaginal yeast infections.

Poor hygiene:  One of the most common causes of vaginal odor is poor hygiene. In terms of hygiene, two common causes of unpleasant odor are a lack of proper washing and not wearing clean undergarments. Women frequently have bad odor due to the presence of sweat around the genitalia and poor hygiene maintenance.

Bacterial vaginosis (BV):  BV, which may be brought on by unprotected intercourse, douching, or a lack of lactobacilli bacteria production, is an overgrowth of naturally occurring bacteria in the vagina. This renders women more susceptible to STIs and other issues like premature birth, as well as discomfort and itching. In most cases, the major cause of the vaginal odor is bacterial vaginosis, which is a relatively prevalent condition for women in their reproductive years……………………………….…TO BE CONTINUED