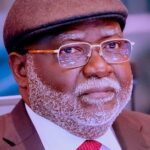 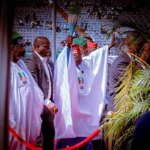 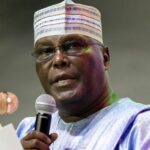 At   about  11.45am  on  22  September, the Senate ad-hoc Committee on pay television price hikes kicked off its public hearing into the matter. The seven-man committee, constituted in March by the Senate President, Dr. Ahmed Lawan, is headed by Senator Aliyu Sabi Abdullahi.

Members include Senators Lekan Mustapha and Ifeanyi Ubah, Abdu Kwari,. The constitution of the committee was sequel to a motion sponsored by Senator Patrick Abba Moro and titled “Nigerians dumbfounded, outraged over Pay-TV Tariff Hikes, Demand for Pay-Per-View Subscription Model”.

At the hearing, attended by pay television service providers such as MultiChoice Nigeria, Startimes, OurTV, TStv and MYTV. Also invited and represented were the National Broadcasting Commission (NBC), Federal Inland Revenue Service (FIRS), Ministry of Communications and Digital Economy, media-focused civil society organizations and members of the public. A curious omission from the line-up of invitees was that of the Ministry of Information, which supervises the broadcast industry.

Moro said the motion was motivated by a deluge of complaints about the fixed monthly billing model used by pay television companies, demand for the adoption of Pay Per View (PPV) subscription model, which he hoped would lower tariffs. While saying that the committee has no plan to restrict the freedom of pay television operators, the chairman noted that it is concerned that one of the operators, MultiChoice, has increased its tariffs by 55 percent in six years. He blamed the development on the NBC, the regulator of the broadcast industry.

““We need to have price regulation. Price increases need to be regulated. NBC from all intent and purposes are the problem of the country when it comes to pay TV,” he said.

In his presentation, Anete Onyebuchi, NBC’s Deputy Director, Research and Policy at the, who represented the Director-General, said the law establishing the has no provision for price regulation.

“The NBC Act only gives it power to receive, consider and investigate complaints regarding broadcast content. Nowhere in the Act is the NBC given powers to regulate the prices being charged on their services,” Onyebuchi told the committee.

Abubakar Ladan, who represented the Ministry of Communications and Digital Economy, told the committee that the ministry involvement with broadcast operators is limited to the allocation of broadcast frequencies.

Pay television providers and civil society representatives, however, told the committee that the Pay Per View model it desires for adoption is not feasible and is misunderstood.

Chief Executive Officer, MultiChoice Nigeria, John Ugbe, noted that the PPV model desired by the committee is not feasible and misunderstood.

“It would appear that this problem is because of some confusion in understanding the basic definitions and distinctions between some of the existing operational business models in telecommunications and pay TV broadcasting.

“PPV model allows a subscriber to watch some special one-off events, usually of the high-ticket variety in sports and entertainment, by paying for such events in addition to having an active subscription.

“Pay-As-You-Go, accommodates a metered mode of service, where consumers are billed only for the service they consume and not for a fixed period.

“The desire by this Committee to adopt PPV is further challenged by the non-existence of any technology that can detect and or determine the viewers are tuned in per time.

“Once it is impossible to have this knowledge, billings based on “per view” become difficult if not almost impossible,” Ugbe said at the hearing.

On tariff increments, the MultiChoice CEO explained that pay television services are very sensitive to price.

Ugbe added that MultiChoice’s tariffs are determined by factors such as inflation, increasing input costs, perennially rising costs of technical upgrades, the impact on subscribers and fluctuations in currency exchange rates.

“The costs of satellite pay television are massive, ongoing and increase, rather than decrease, with time. Due to the current adverse economic situation, some of these factors which we discuss in detail below have over the years negatively impacted our cost of doing business and have put us under very challenging conditions,” Ugbe further explained.

A former NBC Director-General, Mr. Emeka Mba, also noted PPV is not the same, and is very different from pay as you go (PAYG). He added that PPV and Pay TV pricing have been the subject of investigations by the National Assembly, the regulatory agencies and courts in the past.

He recalled that in 2015, a Federal High Court sitting in Lagos, dismissed a suit by two lawyers seeking an order for the reversal of MultiChoice price increase. The applicants, he noted, asked the court to order the NBC to restrain MultiChoice from implementing a scheduled price increase and also implement the pay-per-view, which they thought would enable subscribers to choose the programmes or channels they want and pay as they watch.

“The Court held that the plaintiffs were not under any obligation to continue to subscribe if unsatisfied with MultiChoice subscription pricing. The suit was thereafter struck out for disclosing no reasonable cause of action,” stated Mbah

Dr Monday Michaels Ashibogwu, CEO of Billsbox Services, also noted that the assumptions around PPV being better are incorrect and are underpinned by a misunderstanding of the model.

“The simple definition of PPV is a system under which a viewer is required to pay a certain fee for viewing special programmes such as live events or sports. The programme is broadcast at the same time to everyone subscribing to PPV service.

“PPV means the viewer pays for only what is watched at a fixed broadcast time. The addition of PPV to a package grants viewers access to programmes on a pay per view basis. In fact, this means that viewers purchase individual programmes they desire to watch on a specific PPV channel. The payment is specifically for a programme, show or event,” said Ashibogwu.

Coordinator, Nigerian Viewers’ Collective, Mr. Anthony Iyare, stressed that Nigeria must desist from inflicting further pains on the economy via strangulating the operations of pay television companies by price regulation.

“We are aware that inflation in the country is now over 20 per cent, the highest in 17 years. The content which they offer is bought in dollars and there has been a geometric drop in the value of the naira to the dollar. Government itself has increased the prices for almost all its services.

“The prices of services and consumer goods, including household ones, have risen astronomically and continue to do so in the last three years. Local and international economic dynamics are responsible,” said Iyare.

He equally noted that Pay TV service providers are not insulated from economic vagaries, adding that even the government has raised the pump price of fuel, while the prices of diesel and aviation have gone through the roof.

Both Dr. Bright Echefu, Chief Executive Officer of TSTV, and Mr. Tunde Aina Chief Operating Officer of Startimes, also stated that PPV is not feasible, but added that their companies have pay per day models.

“Pay per view is not feasible, but we came up with pay per day. We also allow our subscribers to choose the package based on the number of channels they want to watch,” said Echefu.

While the committee is yet to complete its work and disclose recommendations, it is clear from the presentations that pay per view is not what it is thought to be and that pay television companies are also victims of local as well as global economic factors as much as the subscribers.

While there remains an acute lack of public understanding of the pay television ecosystem, the result of which is the continued demand for pay per view and low prices, some Nigerians continue to wonder why this should be a preoccupation of the committee at a time the country is buffeted by a myriad of more threatening issues.

In a piece published by thecable.ng, renowned technology journalist, Okohi Ahie, wrote: “They (the committee) will gather not to discuss some other compelling issues like the ASUU strike for about seven months, the lack of infrastructure, including connecting roads between states and even within states; the failing aviation industry, insecurity, inflation of over 20 per cent, pervasive hopelessness in the land, and, in fact, a general lack of faith in the present administration”

Ahie also noted that the broadcast industry has been deregulated by law since 1992 via Decree 38 (now National Broadcasting Commission Act CAP N11). The law, he argued, does not encourage the regulator to fix prices for broadcast products or programmes but to generally superintend the sector.

“The Act may have contemplated that in a free market economy, prices are left to market forces, until there is a gradual sedimentation, to the triumph of such forces.

The Competition and Consumer Protection Council (CCPC) tribunal supports this view, as it recently reminded some complainants against Multichoice that ‘Nigeria operates a free market economy,” adding that their argument on price regulation lacked merit,” wrote Ahie.